In 2019, Hydraterra began working on upgrading the Force Main for the Ruthland Pump Station in a remote area of Malvern Borough.

Working with the Borough Manager and the Township’s civil engineer, Hydraterra evaluated the existing pump station and force main conditions to determine if a sensible upgrade to the existing pumping station would support the needs of the established community.

In response, Hydraterra evaluated methods to replace the 2,400 foot-long force main and determined the most cost-effective method to be by directional drilling.

The use of soft-dig excavation allowed Hydraterra’ s construction team to identify any utility conflicts early and with minimal disturbance. Daily construction observance and concise field reports provided the assurance to the Owner that the project was being constructed in accordance with the specified design.

High density polyethylene piping used to replace the existing force main is an excellent choice yet requires an experienced hand. Certification and reoccurring training for all technicians involved with the pipe butt-fusing process were a requirement. A meter pit with a by-pass connection was also designed to provide flow measurement and flexible operation. 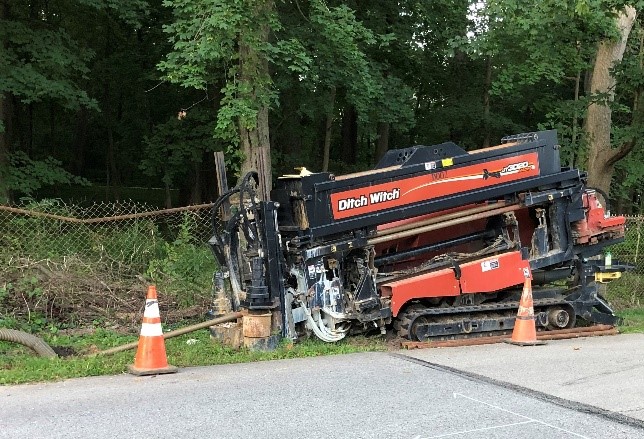 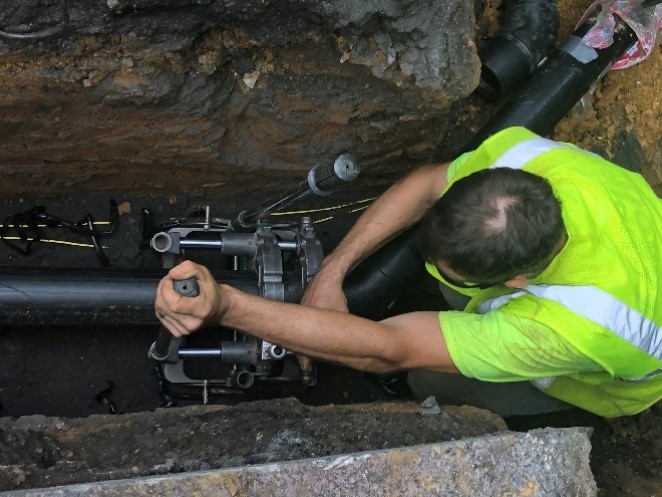